There are surely worse times for your body to lose its grasp on the basic mechanics of running, but as far as the life of the average baseball fan goes, it doesn’t get much worse than what happened at Truist Park on Monday.

Our protagonist was one of many Braves fans to take up the challenge of “Beat the Freeze,” in which they attempt to beat an elite-level sprinter in a foul pole-to-foul pole foot race (with a massive head start) for a $100 gift card. Some fans farewell and even win. Others are left huffing and puffing in front of 40,000 people.

For a few hundred feet, our fan displayed a competent running gait and a pace that appeared just fast enough to hold off the Freeze. And then … something happens.

It’s unclear if he simply lost balance or tripped on something along the warning track, but the end result was him looking up to see the Freeze cross the finish line just a few feet away. If only we knew he would fall, we would have been online betting on it.

It’s a brutal way to lose, but at least he didn’t do this. 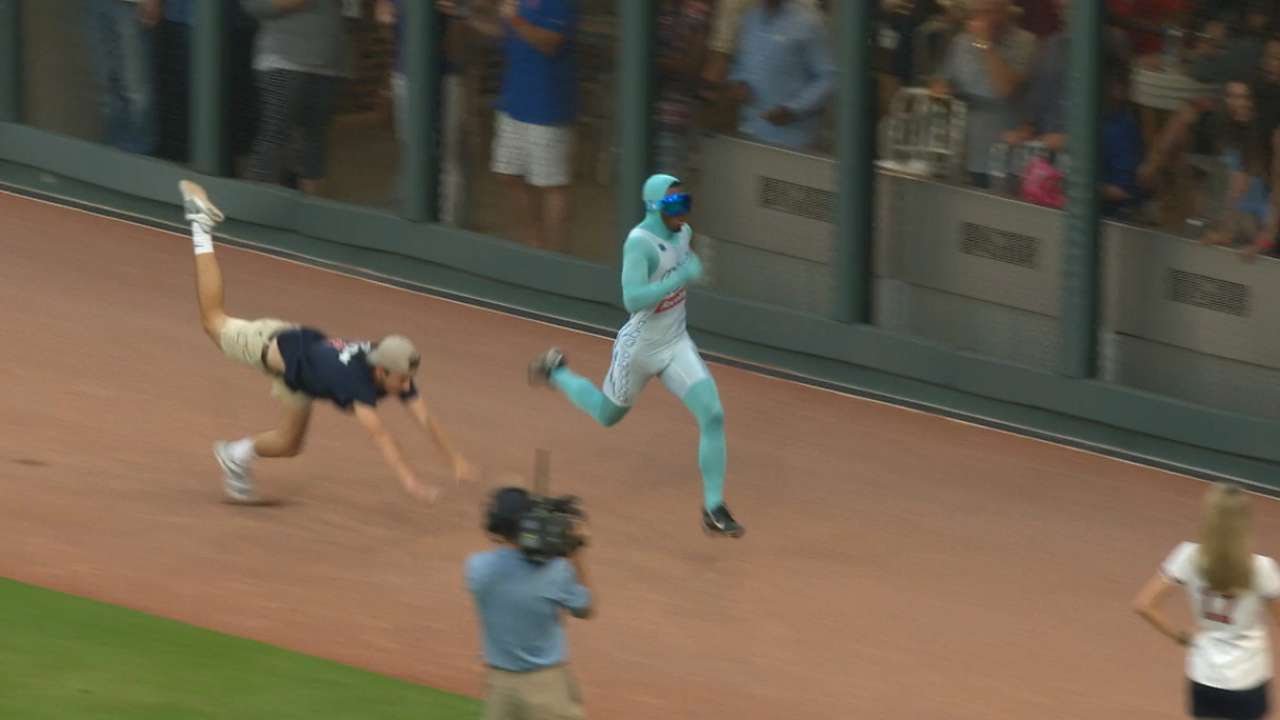