A throttle valve is one of the main components responsible for fuel dosage in vehicles with internal combustion engines. It regulates the amount of air entering the engine and is located between the intercooler and the engine on the driver’s side.

Therefore, the correct and reliable operation of this part is the key to the maximum power use, and mainly determines the environmental friendliness, efficiency, and reliability of your vehicle.

Symptoms of a foul throttle are usually the following: vibrations at idle speed, twitches during acceleration, hang-ups, weak bottom-end response, and problems when starting the engine. There are also system errors in the ECU related to the throttle valve.

As a result, the inlet system requires constant cleaning and costly repairs, which can be neglected by removing the valve beforehand.

A throttle valve delete is one the most effective upgrades you can do when deleting your EGR and or DPF for off-road use.

It prevents the stock butterfly valve from closing shut and causing intake issues (this part is only to be used when doing an EGR/DPF delete which will talk about a bit later). A throttle valve delete kit is used to remove the “butterfly” which leaves zero chance of it accidentally closing.

It is installed simply by removing the four bolts that hold the throttle valve assembly in place, removing the boot clamp, and then reinstalling.

You will experience an improved overall performance from your diesel as well as increased airflow, less turbulence, turbo spool and lower EGT’s.

Here’s the list of top delete kits you may need for your Ram’s engine better life. 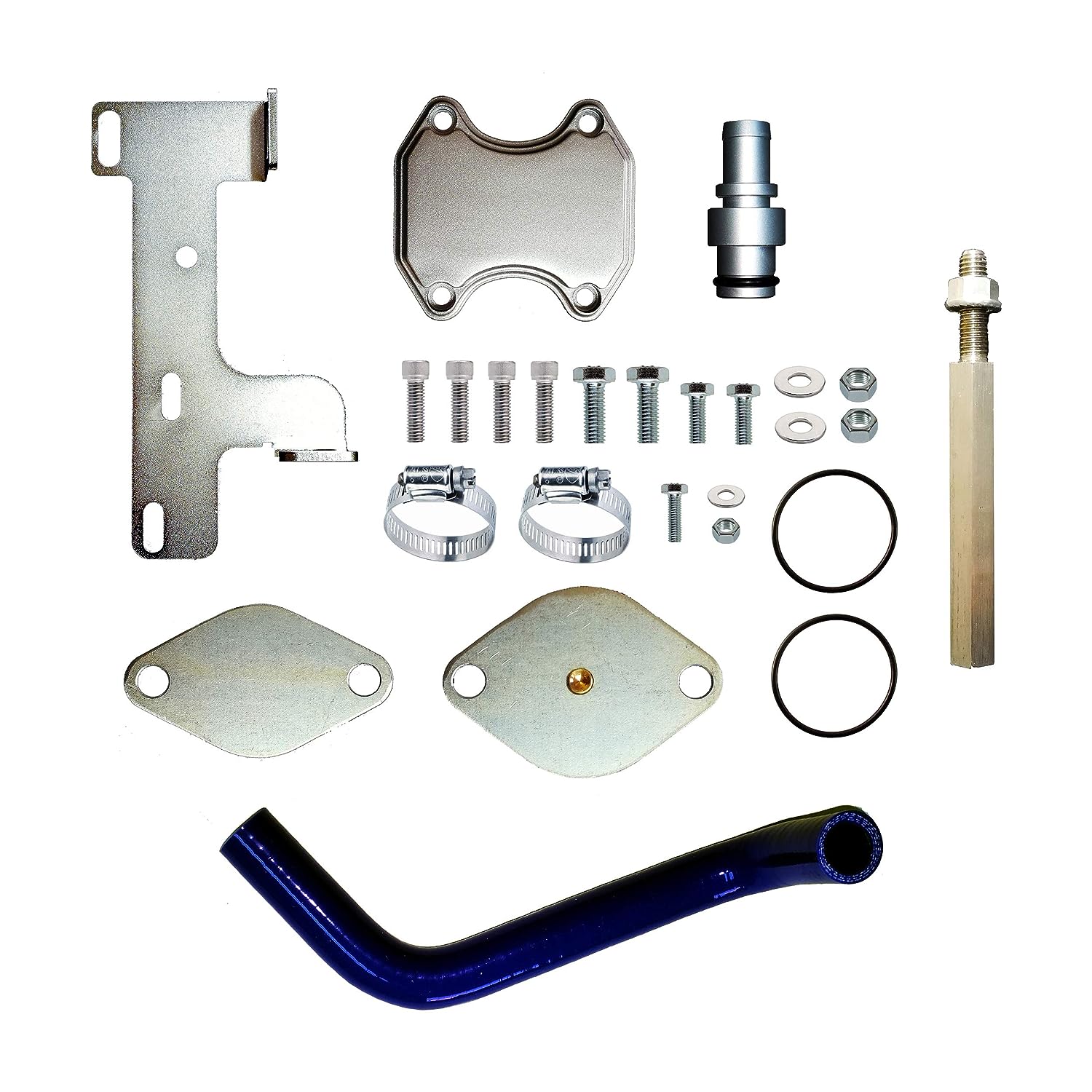 So what is an EGR delete kit? In short, it is an aftermarket assembly that is guaranteed to improve your truck’s diesel engine performance. Installing an EGR delete kit will improve the motor’s lifespan, and eliminate the risk of any EGR system engine damages.

It provides better throttle response, lower running temperatures, improved fuel economy, and increased reliability. Ensures a clean, neat look to your engine bay. Hot exhaust gasses are not being re-routed back into the motor.

Add a few MPG and have a longer-lasting engine because of significantly lower EGT’s.

Maybe it will sound a little louder without the EGR, but that’s like a Cummins is supposed to sound. Of course, you can always leave it as it is but doesn’t forget to just clean the TB every 15k miles.

Note: this kit is intended for off-road use. Requires the use of a tuner to compensate for CEL/EGR delete. Must have a new style braided cooler line. 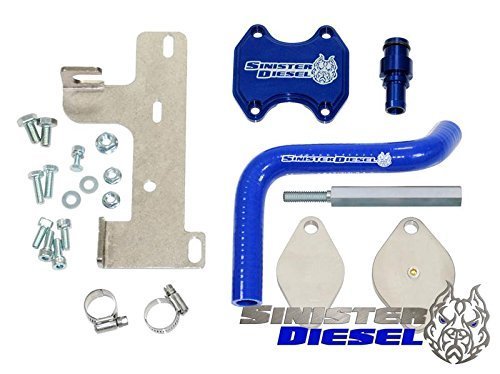 Want to get more power and better fuel mileage from your 6.7L Cummins powered Ram? This EGR Delete exact fit kit is designed to recirculate your engine coolant faster than the stock EGR system for cooler engine temperatures while also allowing your 6.7 Cummins to breathe easier by eliminating sooty exhaust gasses that pass through your intake manifold with the stock EGR system in place. It guarantees improved exhaust gas flow.

Note: race tuning is required to prevent an illuminated check engine light. This will not fit cab and chassis models. Not legal for sale or use on pollution-controlled motor vehicles anywhere in the U.S. Legal only for off-road. 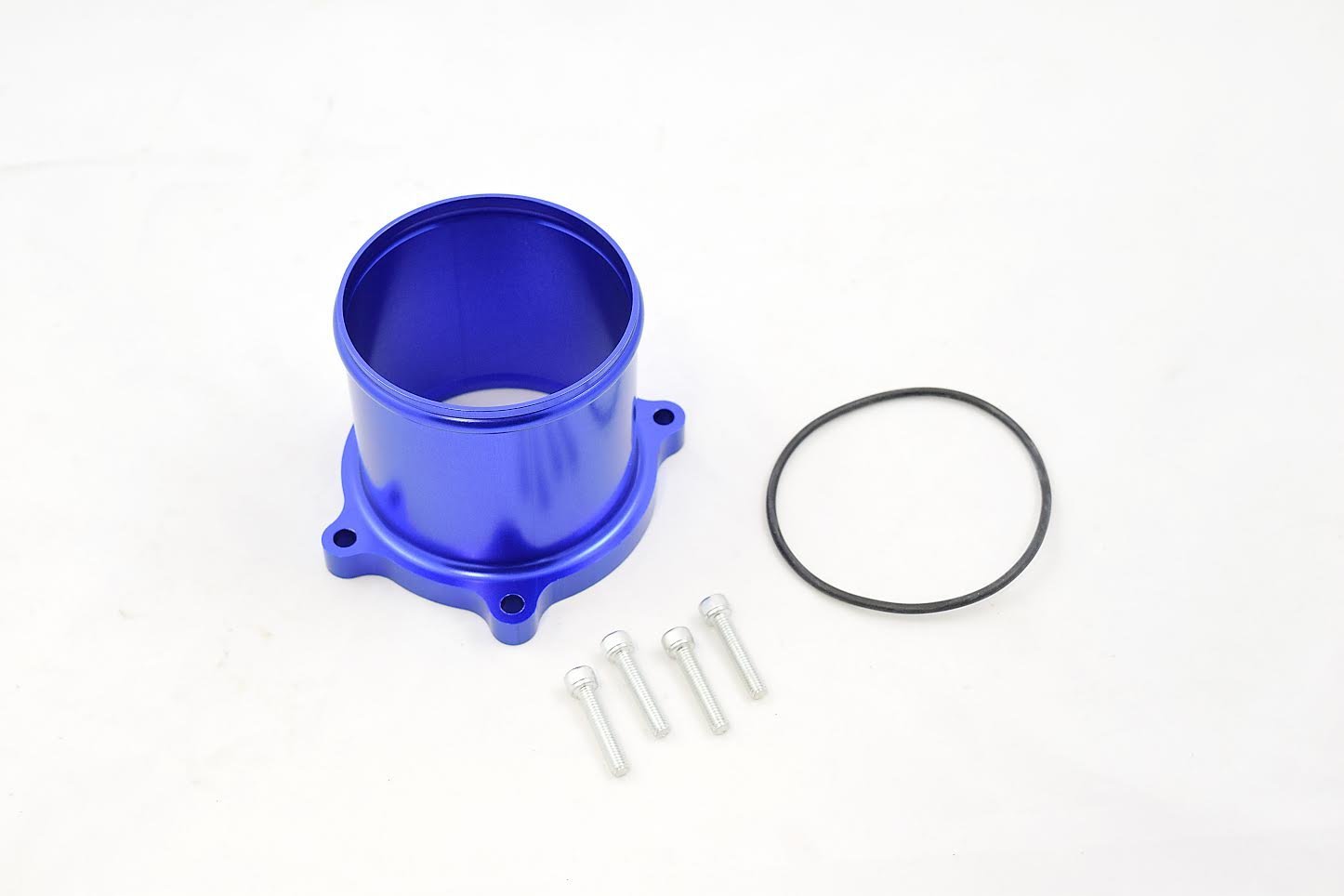 You don’t have to unplug anything, just remove the old “butterfly”. Once you replace it with new, there will be no suction after that. The EGR valve will still work along with the new throttle that won’t block anything.

If you are full deleting its a quick and easy install and relatively inexpensive.

Save your power, engine, and prevent catastrophic damage at higher RPM. Even when open and unplugged, the stock 6.7 Cummins throttle valve obstructs smooth airflow through your intake. Don’t take the chance that your old throttle valve will stay put.

Note: this is for competition use only. Tuner required to remove CEL codes. 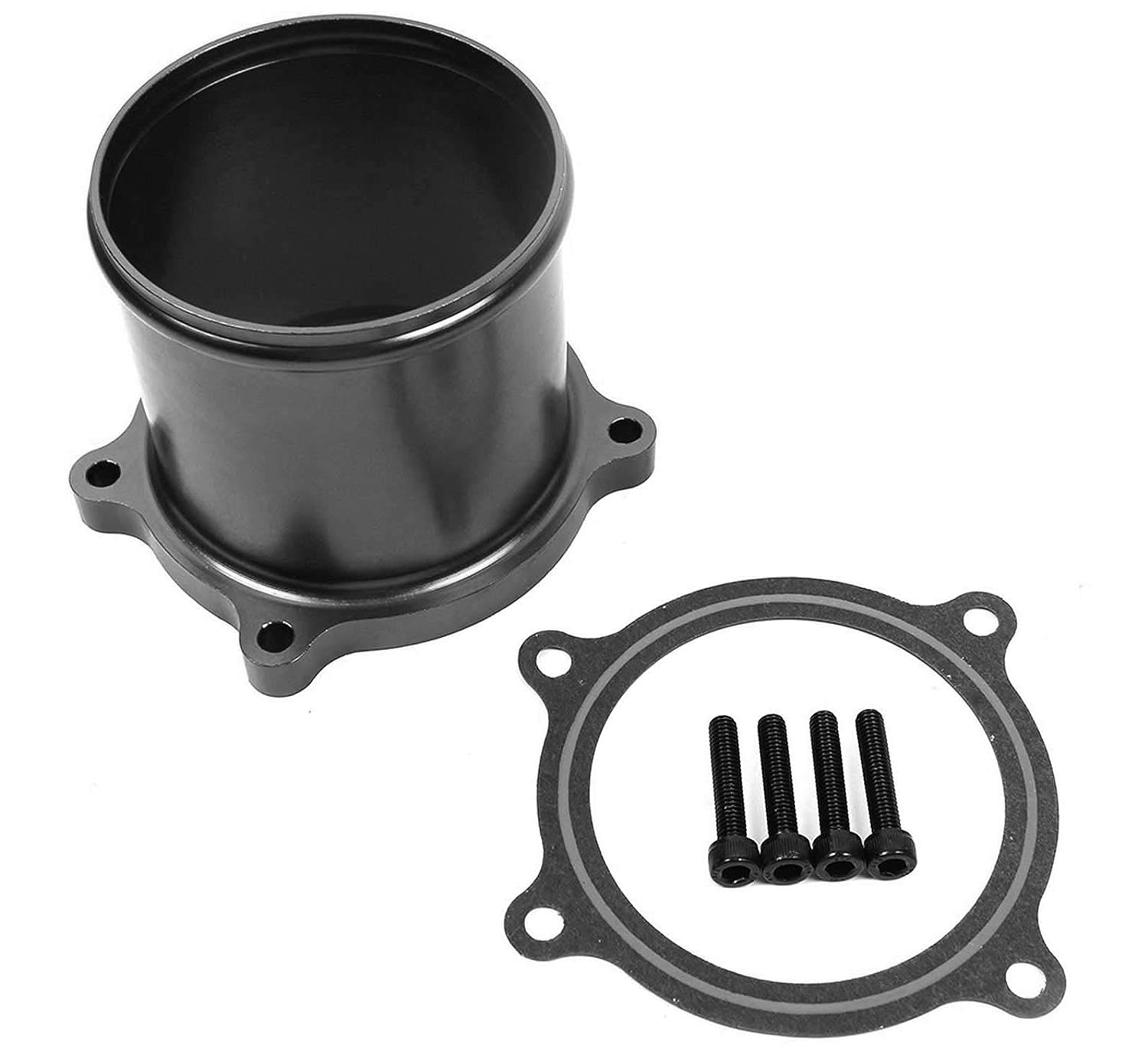 Replacing the factory butterfly valve between the intercooler and intake horn may be a pleasure with this HQ kit. The same as many that cost x3 times. You won’t be able to notice a difference. Pressure tested. It provides increased airflow.

All hardware included. Quicker turbo spool. Buying this one you get a nice kit for a good price, look and fit. Easy to install.

Note: make sure downside bolts are not too long before you buy.

What is EGR Removal for?

The Exhaust Gas Recirculation System (EGR) is installed in vehicles to reduce the level of nitrogen oxides in exhaust gases.

This is done by returning some of the exhaust gases to the inlet manifold, thus reducing the amount of oxygen in the fuel-air mixture and the formation of NOx nitrogen oxides. Shortly, its purpose is to recirculate some exhaust gas back to the engine’s cylinders.

This reduces the engine power of the vehicle, as well as causes soot and resin to enter the engine, causing wear and tear, and oxidizes the engine oil faster which has a very negative impact on the engine’s life.

Owners of diesel Ram equipped with EGR and DPF sooner or later face problems that arise as a result of these necessary for the environment, but extremely hostile to the engine and the purse systems.

You will gain an HP advantage, mainly because the exhaust gases injected are hot. At the same time, MPG would be slightly degraded by removing the EGR, for a couple of reasons.

First, the retarded timing necessary and secondly because the mass of the inert gas will reduce manifold vacuum (which will slightly reduce pumping losses) as well as slowing the burn rate (already burnt gasses will not re-burn).

Thus, the usefulness of the EGR is twofold and is questioned even by environmentalists. Disabling the EGR system does result in increased emissions of nitrogen oxides, but the emission of soot, carbon monoxide, and carbon dioxide is significantly reduced.

Another important fact is the reduction of fuel consumption and the increase in engine power when the EGR is unplugged.

EGR systems have been known to cause serious issues in an engine, including stuck valves, coolant problems, and leaky cylinders.

In cases where the EGR system is faulty (e.g. the EGR valve is not working properly), there is no talk of eco-friendliness at all, while the engine wear and tear increases dramatically, the air-fuel ratio is affected and the vehicle may work very unstable.

This can cause a reduction in power, acceleration, and fuel efficiency. It can also cause rough idle or a Check Engine light. In this case, expensive repairs or completely deleting the system is required. And of course, it is worth noting that with low fuel quality the EGR valve fails fast.

Any problem with the EGR will manifest either as increased fuel consumption or reduced performance. Learning when to have it maintained or replaced is therefore important.

An EGR delete kit removes the EGR system and allows a vehicle’s engine to run at cooler temperatures. This improves performance, makes an engine run cleaner, and last that much longer.

Some of the signs that could point to a faulty EGR include:

Some car owners try to shut down the EGR mechanically by shutting down the valve. However, in most cars, this procedure causes an error Check Engine and even to the emergency operation of the engine with loss of power.

Proper shutdown of the system implies both physical shutdown and mandatory software shut down in the engine control unit.

Considering the above factors, it is recommended to switch off the EGR system as soon as possible before it starts to malfunction and thus wear out the engine.

A few more pros and cons.

So, you have to think with your head. 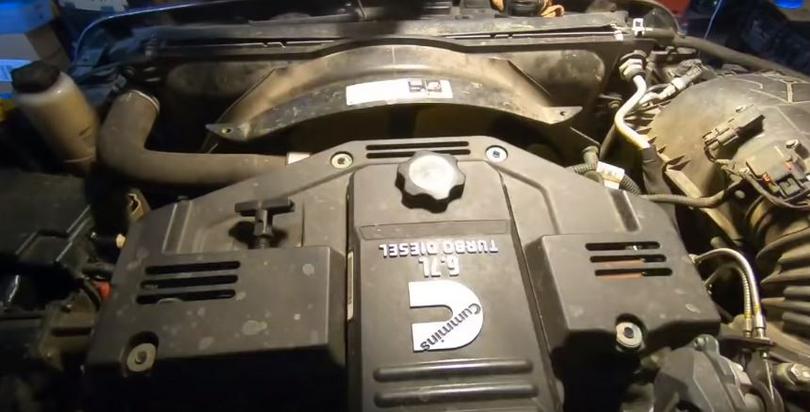 Be safe and long live the engine!